“What grabs the listener is the depth of the songs.  Song after song they lift the veneer of life and look at what is going on under the obvious actions on the surface. ” – Bluegrass Unlimited

“[T]he material sounds like a batch of seasoned standards, even on first hearing….Julie and John Pennell fulfil their goal of uniting people through optimistic and hopeful songs of perseverance, vulnerability, acceptance and grief with a genuine celebration of life and the bond that makes them one of country music’s most passionate acts.” – Alan Cackett

“Performing as a duo since 2008, Julie and John Pennell emphasize well-written original, roots-based Americana material that demonstrates their eclectic affinity for and comfort with multiple genres.” – Amazon Reviews

“If one is known by the company he or she keeps, Julie and John are certainly standing in good stead. Among the musicians playing on the recording are Bluegrass icons Jerry Douglas, Sam Bush, and Ned Luberecki. Stephen Mougin, who produced the record and recorded most of the tracks at his Dark Shadow Recording Studio, also plays guitar on the CD.  Versatile musicians as well as singer-songwriters, John and Julie play everything from trumpet—John’s first instrument—to mountain dulcimer.” – Music City Music Magazine

Purchase on PayPal! CD is $15, $3 for shipping and handling. 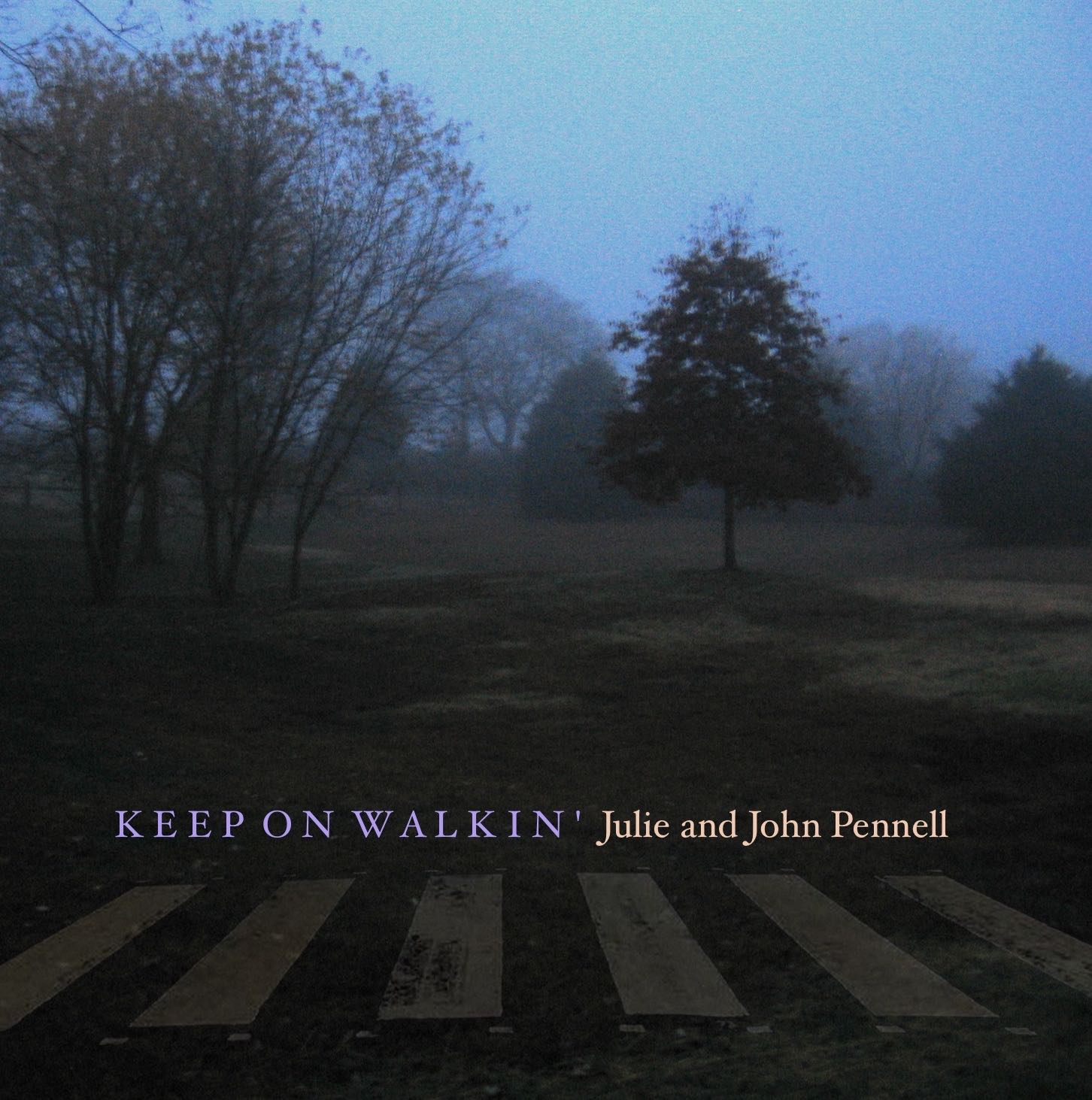 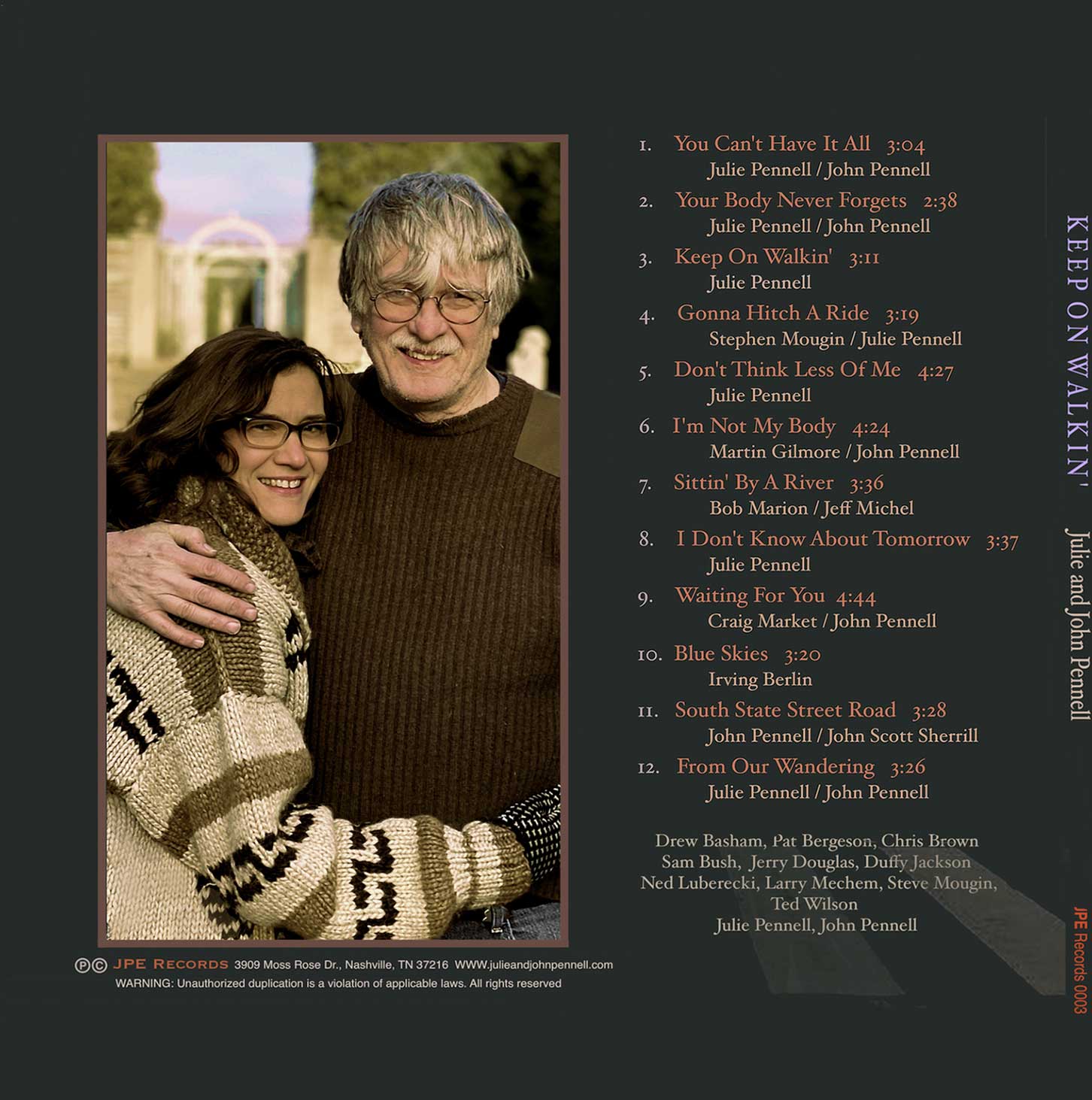 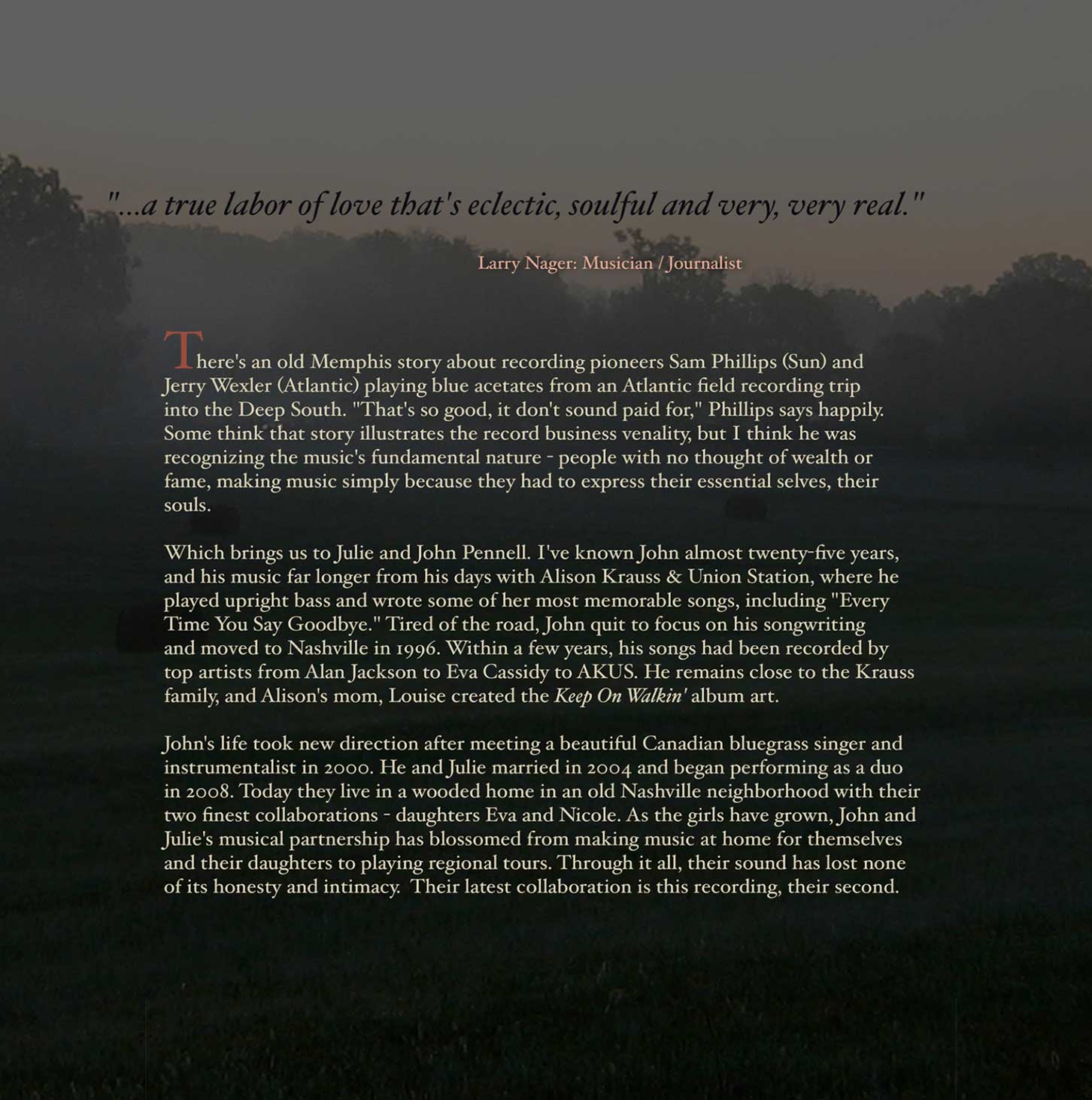 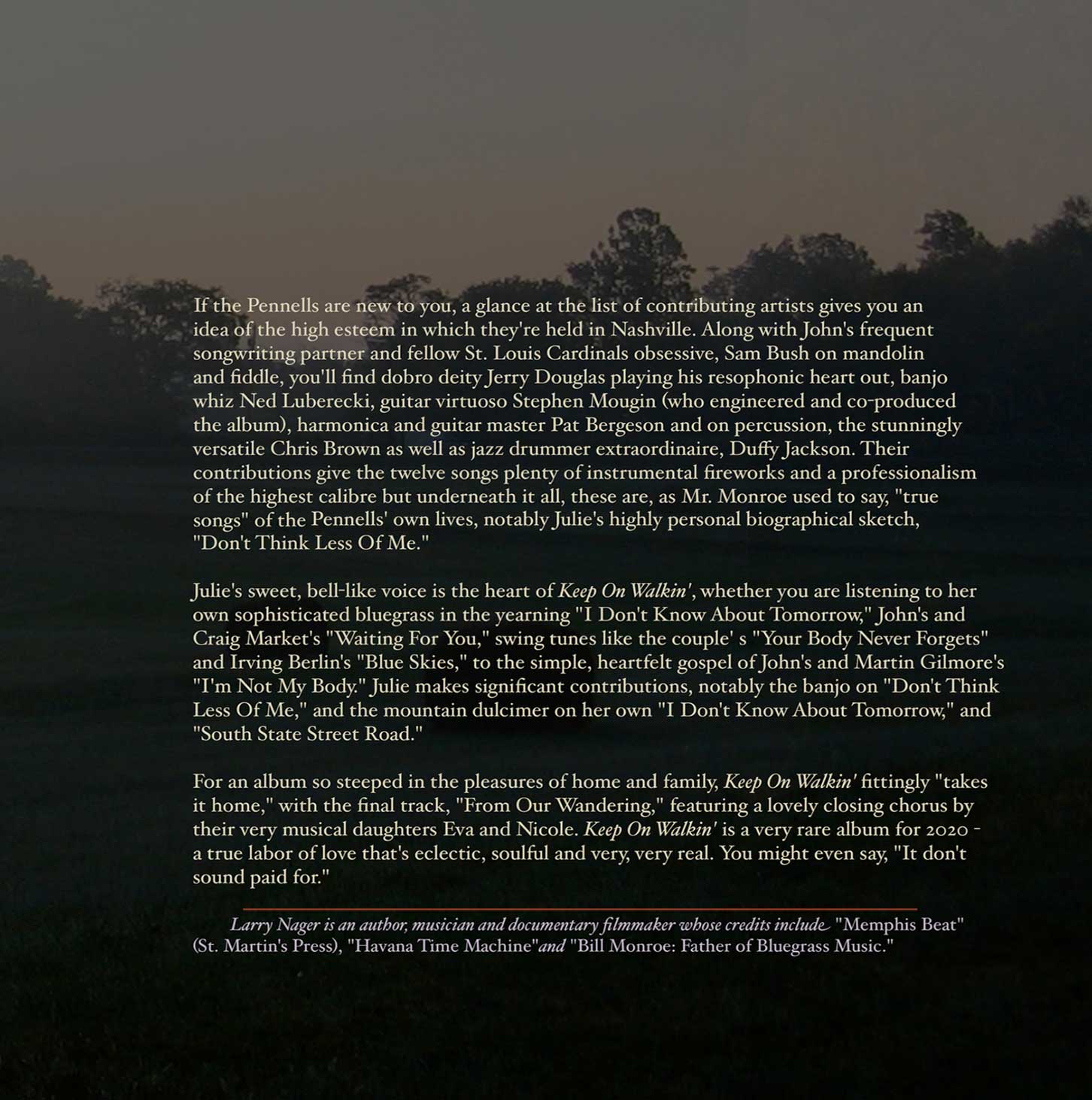